John is an experienced musician and composer, and you can tell it by the excitement he brings to his shows… he just loves the Music, man… and he can tell you anything you want to know about almost every recording out there. John has composed, published and recorded numerous works for choral groups, chamber and wind ensembles, electronic media, voice, and symphony orchestra. His music has been performed by members of the Los Angeles Philharmonic Orchestra; Philadelphia Orchestra; San Diego Symphony Orchestra; Metropolitan Opera, Polyphony Voices of New Mexico and the Santa Fe Desert Chorale. He holds a Bachelor of Theology Degree from Life Pacific College in Azusa, California, a Bachelor of Arts Degree and a Master of Music Degree in Composition from California State University, Long Beach. For many years he was a studio musician in Los Angeles. John’s a member of ASCAP and NARAS (the Grammys) and has been included in the International Who’s Who of Music and Billboard Magazine. 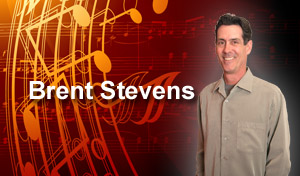